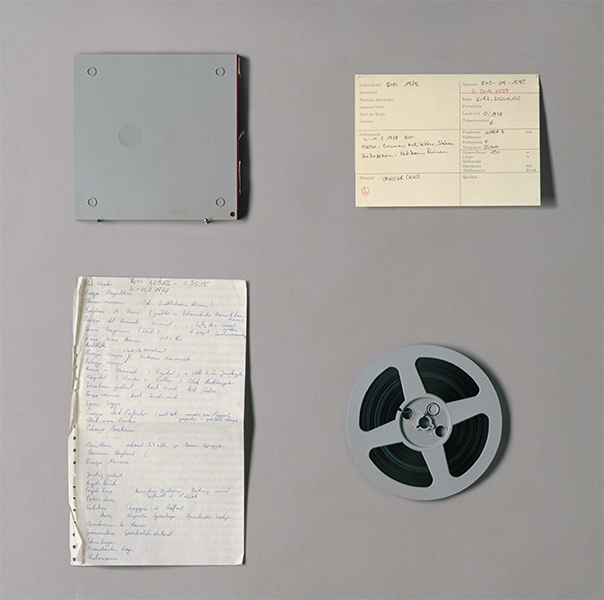 The artistic work of 4 kilometers of film material, which records 40 years of family history, is characterized by a dialectical approach and is presented as an installation. In the films made by his grandmother, Christian Kurz discovers things that are not visible in them. On the one hand, 49 analog photographs depict the Super 8 films in terms of their materiality; on the other hand, a video projection shows a new film made up of parts of the digitized running film. He stages a story of the non-narrative, aesthetic narrative of the films.

Using analog film loops, he creates content-based syntheses that clearly reflect the topoi and gestures of the material and go beyond the personal.

The photographic and filmic images create a form of visual feel. This makes them accessible without tactile means. 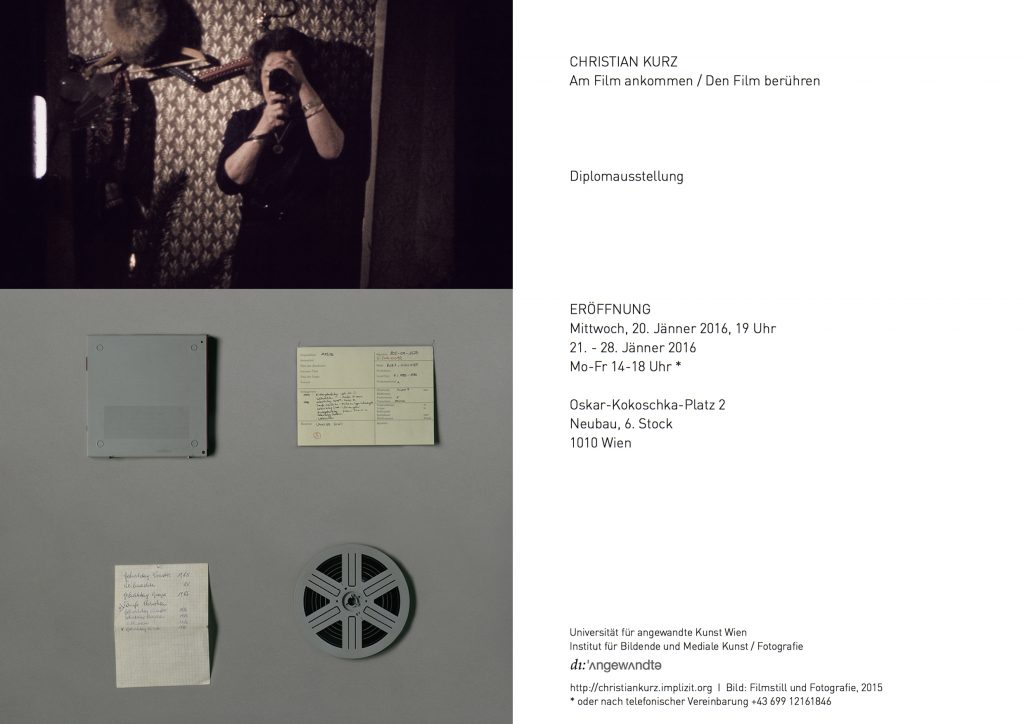